What is AV over IP and How Does It Work?

If you had to guess when the world’s first public video telephone was available, you probably wouldn’t guess 1936. But that’s the year when the German Post Office set up a connection between the cities of Leipzig and Berlin that spanned nearly 100 miles.

They accomplished the feat using some of the same materials professionals in the audio-visual industry use today—broadband coaxial cable.

Today, we can just click or tap a button and start talking to anyone in the world almost instantly.

That’s because the means for transmitting video 90 years ago and today aren’t much different. But how they’re being implemented is, specifically when it comes to AV over IP.

While many professionals in the pro AV space still use coaxial cable to run their audio-visual feeds from one point to another, traditional AV setups can become complicated and expensive.

That’s where AV over IP can pick up the slack and keep the budget in check.

AV over IP, which stands for audio-visual over internet protocol—sends data over LAN and WAN networks.

The idea isn’t new. In fact, it’s been around a while and it’s used in everyday applications, such as:

As you’re probably already aware, a traditional AV system works like this:

An AV over IP network is essentially the same. Instead of transmitters and receivers, it uses encoders and decoders.

While the structure is relatively the same, the working parts are fairly different, especially when it comes to the AV switcher. And this is where the flexibility, scalability, and potential cost savings of an AV over IP network really start to shine.

With traditional AV, your network can be limited by the matrix on the switcher. For example, if you have a 16×16 matrix switch, that switch can only supply 16 possible sources for 16 possible destinations.

Adding more ports to your pipeline can require overhauling your matrix switcher, and that’s not something most people would consider a fun project.

An AV/IP network is essentially as flexible and scalable as you need it to be. Increasing the number of input or destination ports is nearly as simple as adding switches where needed.

One of the main differences between traditional AV and AV/IP is the cost of wiring. On average, Ethernet cabling is cheaper than coaxial cabling.

However, since AV/IP is carried over CAT-5 or higher cabling, which has a max distance of 100 meters, you can’t run it as far as coaxial cabling. But you can simply add switches anywhere you want.

Although you can wire these distances with coaxial cables, the cost of the wiring quickly becomes expensive with longer distances, special cabling for 4K, and more. With Ethernet, it’s all relatively the same.

Essentially, there’s almost no distance you can’t cover with Ethernet and it will almost always be cheaper in the long run.

Traditional AV uses many of the components that people are already familiar with today, including HDMI, composite video, S-video, display port, and more.

AV/IP uses the same type of cabling to transmit video but does so over different transmission standards. This includes the specifications, such as H.265, H.264, JPEG-2000, and more.

This is why the AV/IP network transmission includes encoders and decoders.

The switches used for AV also need to be configured—or preconfigured—to meet industry standards, such as those established by Dante.

These standards go a long way toward keeping video and audio synced for both local and remote playback and meeting the needs of those in the ProAV space.

Along with the greater flexibility in establishing a network, this adds interoperability to an AV/IP network that might contain products from multiple vendors. For example, if the switches, encoders, and decoders were all bought or upgraded at different times.

An Additional Benefit to AV/IP

Along with sending audio and video where it needs to go, your newly installed switches and access points can also help you send any network communication happily along its way, too.

You can also use the switches to run your business network, segregating which ports are dedicated to AV transmission and which ones are for network traffic pertaining to the internet, data transferring, files, etc.

For example, if you’re a school, you can dedicate ports to any video, such as TVs, display boards, and other media-purposed devices, while keeping everything else dedicated to laptops, desktops, and more.

Either way, if you need to reduce the cost of your AV network—or even if you’re just looking to upgrade to new technology—AV over IP is a decent way to go.

The Seven-Minute Guide To BYOD Readiness

Evaluating the Pros and Cons of Four MSP Pricing Models 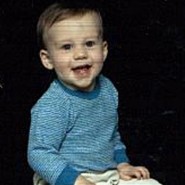